Shopping Cart
Your Cart is Empty
Quantity:
Subtotal
Taxes
Shipping
Total
There was an error with PayPalClick here to try again

Thank you for your business!You should be receiving an order confirmation from Paypal shortly.Exit Shopping Cart

excerpts from this site :  http://www.starmometer.com/2011/07/08/philippine-rugby-team-underwear-billboards-removed/ 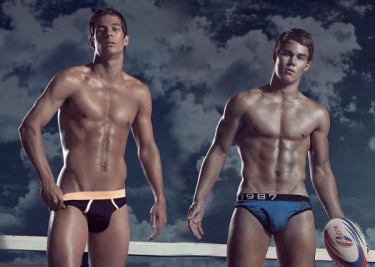 Mandaluyong City Mayor Benhur Abalos said Bench have agreed to take down the said sexy billboard upon his request.

“Hindi ko pinapaalis, I am just requesting advertisers to have it removed,” Abalos told abs-cbnNEWS.com.

Abalos reasoned out that the billboard was inappropriate, especially since it was placed prominently along a busy area.

“That road is in the center of Metro Manila, ang daming dumadaan,” Abalos said, adding that he’s specially concerned about the children who can see the ad.

The mayor clarified that this act is not a moral issue.

The mayor’s next target is another Bench Body billboard located along EDSA Guadalupe, which features the Azkals’ team captain, Aly Borromeo in his underwear.

Oops, you forgot something.

The words you entered did not match the given text. Please try again.

Reply pakisuyoofw
8:17 AM on July 8, 2011
nice shot but is the billboard really disturbing? pls let us know your comments. Sali na sa discussion board!